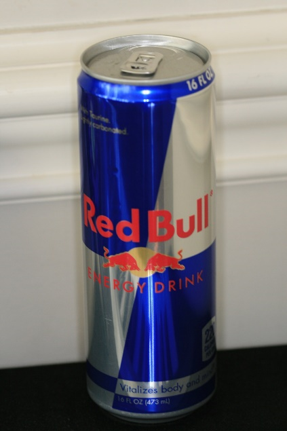 Think Before You Drink!

Most recently, a “20 year old or something” patient presented with a chief complaint of pain, “Doc, I’ve got major tooth aches all over the place.”

To say nothing, on initial glance, many of this patient’s teeth appeared to be broken down. Clinical exam revealed multiple cavities. Not to mention, varying degrees of severe wear. In like manner, tooth cusps were dissolved away. Moreover, the chewing aspect of his teeth were flat. I had almost never seen that amount of worn down tooth in a person, especially not in their 20’s. In the same fashion, the sides of his teeth were pitted and punctured. Above all, radiographs were taken and reviewed. With findings in mind, the conversation was had. I had to determine if there were: para-functional habits, maybe possible acid reflux issues and questionable dietary issues. In view of findings, I confirmed the diagnosis.

Seeing is believing. I can’t verbally describe the scope of tooth breakdown. To that end, a few words come to mind: Relentless. Destructive. Corrosive.

Notably, further conversation with the patient revealed a history of 1-2 Energy Drinks per day for the past four years. Red Bull was his favorite beverage during college,,,,,,,, besides beer.

What makes Red Bull so Bad for your teeth?

Red Bull ingredients are toxic. To point out, highly acidic and carcinogenic.

So I did the math……. Let’s say, it takes 5 minutes to drink a can of Red Bull. Not to mention, you are probably not brushing your teeth afterwards. Moreover, the Red Bull is lingering around in your mouth for 10 minutes after you finished the can. To put it differently, your oral cavity is helplessly exposed to the Red Bull drink for 15 minutes/can. With this in mind, a two cans per day habit translates into a 30 minutes of Red Bull acidic bath per day.

Thus, in the name of science. Firstly, I placed two freshly extracted non-decayed teeth into two separate baths. One extracted tooth (the standard) was placed in a bath of plain tap water and the other in a bath of Red Bull Energy Drink. Next, I left them undisturbed, covered in the shade for thirty days.

In effect, 1440 minutes/day X 30 days of Red Bull Bath = A total of 43,200 minutes that the experimental tooth was subjected to Red Bull Bath.

A picture is Worth A thousand Words!

THIS EXPERIMENT SIMULATES A “TWO CAN PER DAY” HABIT FOR ALMOST FOUR YEARS..

As can be seen by the above. In brief, there’s not much to say. In essence, the tooth in comparison was dissolved, weakened, fragile and hopeless to restore.

To summarize. It’s bad stuff for your teeth. Moreover, something more profound should be apparent. To clarify, if Red Bull can destroy the elements of the hardest known tissue in your body; enamel. Just imagine what it can do your internal organ systems……

His goal is to keep his patients’ Teeth and Gums Healthy For Life.

Feel Free to appoint a Consultation with the Doctor. Open Six Days A Week

You can always contact me directly via email  blog@robertemiliodds.com